#MeToo- What They Heard After Finding Their Voice

Yesterday’s New York Times featured an article titled “How Saying #MeToo Changed Their Lives”. It featured 20 men and women who spoke about about their  experiences of sexual assault or harassment and the positive, negative, unexpected, and healing emotions and interactions they encountered as a result of publicly saying #MeToo.

All over the nation, conversations are happening about formerly taboo topics, about social norms that we never questioned (even when they felt really uncomfortable and hurt people we cared about), and about what our personal role is in this highly charges social issue. 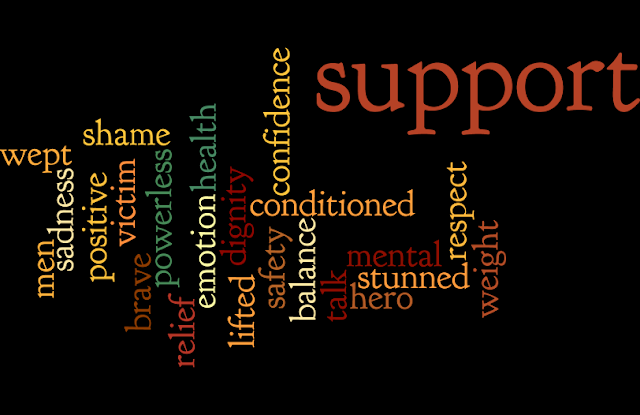 Some people find liberation and support as they tell stories that they’ve kept secret for weeks, years or decades about being victimized. Some find confirmation as others say, “That sounds just like what he did to me.” Other  experience judgments, “How did you let that happen to you?” Or isolation, “No one reached out” or “I was shunned in my workplace/career.” Some begin to probe the depths of how their victimization and silence has affected their lives, “[it] opened up other issues that were exacerbated by the abuse, though not directly related. Issues such as my own sense of confidence, and why I was one of the ones chosen.”

Or as Drew Dixon  stated to reporter Joe Coscarelli,

It’s very hard as a black woman to call out powerful black men because we have no heroes to spare. We are always, still, fighting this uphill battle, always trying to overcome this myth of the predatory black man. So the last thing you want to do is contribute to that in any way. It’s complicated as a black woman — do you take it for the team? Which is what I did for 22 years. Or do you insist that you, too, deserve dignity, physical safety and respect? That was very hard for me and it’s literally why I kept the secret for all these years. I didn’t want to tear down a black man, let alone two. But what they did was wrong.

And many found strength, support and hope, like Deborah Harris who felt berated and humiliated by the sexual harassment. She stated,

After the article, my daughter posted on Facebook: ‘My mother, social justice warrior.’ I really kind of got elevated in her eyes. I’m proud of myself.

We honor the courage of the many women and men who have shared their personal experiences of victimization.  In order for change to happen these issues need to come out of the shadows and we need to hear  the pain and injustice that survivors have encountered… but hearing those stories an feel poignantly raw and real. If the recent media attention about issues of sexual  harassment has affected you or someone you know, call Wellspring we understand and we’re here to help.