Looking back at 2017, it’s impossible not to notice how issues of gender inequality, harassment and sexual violence were in the forefront of our consciousness throughout the year…culminating in mid-October with a viral #MeToo twitterstorm that was a rallying cry against gender based violence. #MeToo didn’t emerge from a vacuum… for several years there’s been a steady increase in our society’s awareness and concern about sexual violence. The accounts of sexual assault, harassment, groping, and discrimination have garnered headlines. The names and stories of respected men who are also perpetrators remain in our consciousness because we’ve given these issues more attention than ever before— Ray Rice, Bill Cosby, Brock Turner, Jameis Winston, Harvey Weinstein, Matt Lauer, Bill O’Reilly, Brett Ratner, Louis C.K., US gymnastics doctor Larry Nassar, Bryan Singer, Kevin Spacey. Concepts like “locker room talk”, consent, intimidation, power and privilege have migrated from HR offices to boardrooms, to locker rooms to water coolers and to the family dinner table…and the magnitude of this problem is shameful.

The voices of courageous survivors sharing their experiences has made it clear that sexual victimization is more pervasive than we’ve ever acknowledged. It’s not the occasional perpetrator who ‘behaves badly’. We’ve got people in positions of power in sports, education, politics, entertainment, tech-everywhere- who routinely commit acts of gender based violence…. and we look the other way. There will always be people who choose to victimize; our problem is that we are a society that tacitly condones these behaviors when the person committing the acts is well-liked or important or talented or successful. Where we go from here?
The solution lies with all of us. We have the power and responsibility to change the norms that allow sexual violence to continue. As these public figures have been exposed for harassing, intimidating or perpetrating sexual assault, it’s also come to light that their colleagues were often aware of these behaviors… but rarely confronted them. Even if they personally abhorred these behaviors, their silence condoned them. Imagine if instead, they’d confronted or exposed the behaviors….there might be far fewer individuals responding with #MeToo. Imagine if fathers, coaches, and friends gave voice to the importance of respect and consent. Most men do not commit acts of sexual aggression… yet we tolerate a social norm of toxic masculinity that reveres the conquest. What if instead, men and women fostered positive social norms that celebrated equality, choice, and communication as hallmarks of masculinity? 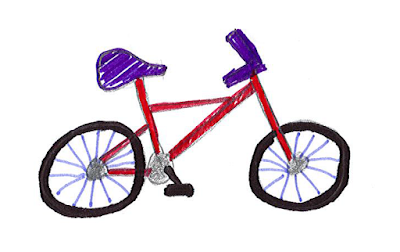 One of my favorite symbols of hope in the path toward social change comes from a recent rape case. Brock Turner, better known as the Stanford swimmer, was in the process of sexually assaulting an unconscious young woman behind a dumpster. Two men on bicycles saw the act, interrupted it and chased him down. The young women who survived his assault sleeps with a drawing of two bicycles over her bed… a reminder that any one of us can be a hero for someone.
Together we can end relationship and sexual abuse. The MeToo I’d like to see in the future is not the voices of more courageous survivors telling their stories… but a commitment from each of us to say “Me Too” in taking action to end sexual violence.