He Rocks a Purse for Trafficked Youth

John Kelly has been a respected advocate for youth throughout his career. From his start as a police officer with the Saratoga Springs Police Department (and his work with thousands of youth through the DARE program and as a school resource officer) to his leadership of the National Center for Missing and Exploited Children, his work with the Saratoga County Center for the Family, and now his leadership on launching a coordinated community response to trafficking here in Saratoga County. Yes, trafficking…yes, in Saratoga County!  When most of us think of trafficking we don’t think of this community. We imagine exploitation that happens in another country, or else vulnerable youth brought across the border and trafficked in a large city, but trafficking in a predominantly suburban county- not what we think of. 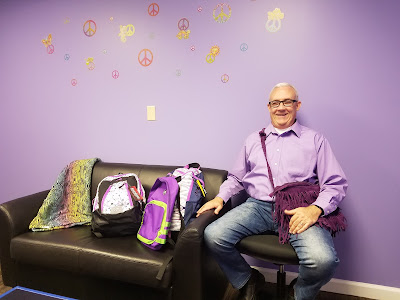 It happens–more often than anyone realizes… including those of us who work in the field. Through the Safe Harbour program, now in its 3rd year, daily we’re identifying more youth who are being trafficked or are at risk of being trafficked…in our community. Since July 2016, right here in Saratoga County, the Safe Harbour Team has identified 13 trafficking victims and another 62 individuals under the age of 21 who scored a “high risk” on the trafficking screening tool. And that’s just youth. As John says, “it’s important for us all to pay attention to the warning signs and to acknowledge it does happen.” Click here to hear more from John about youth trafficking.

Interested in learning more about trafficking? Click here for a fact sheet on the different types of trafficking.