What Can We Learn From Tragedy?

While 2017 started bright with promise for most of us, for five people the year ended tragically almost as soon as it began. When we’re bombarded with news stories about mass violence, we can get caught in the details (e.g., how many people, how did it happen, what were the motives) and lose sight of  the human impact. The Washington Post presents a brief snapshot into the people who were gunned down in the shooting in Fort Lauderdale that took the lives of 5 people, among them:
a father of 2 daughters and 3 grandchildren who was a devoted husband of 40+ years
a great grandma with a lilting British accent who was active in her faith community
a business owner whose open heart extended to adopting a large active black lab  with a missing leg, and
a mom of 3 and grandma to 6 who was just weeks away from her 51st anniversary.

These are such senseless tragedies and when they suddenly pop on our news screens, we’re struck by the unpredictability of this type of violence.

While we may not be able to accurately predict when and where the next mass shooting will happen, there are some strong correlates… and a big one is domestic violence. Using FBI data and media reports, Everytown for Gun Safety did an analysis of mass shooting (click here to read the report or  here to view an interesting animation of 9 key factors).
Here are three correlates that may surprise you:

Domestic Violence– In 57% of mass shootings, the shooter killed a current/former partner  of family member, and in more than 15% of cases the shooter had a previous domestic violence charge.

Private Residence– 70% of mass shootings (defined as an incident in which 4 or more people, not including the shooter are killed with a gun) took place in private residences, not public spaces.

Percent and Frequency– Mass shootings represent less than 1% of gun  homicides and occur fairly regularly with no more than 3 months between tragedies.

And here’s one correlate that’s not as strong as many would expect:

Mental Illness– In only 11% of shootings had concerns been brought to a professional prior to the rampage… and in less than 1% was the shooter prohibited from owning guns due to severe mental illness.

What can we learn from this? While the large scale public massacres command media attention, gun violence isn’t limited to these events– in fact, many mass shootings take place in homes, against family members, and fairly regularly. The correlates between domestic violence and homicide are unmistakable. I’ve always viewed law enforcement’s response  to domestic violence as homicide prevention. I’m not by any means implying that every instance of domestic violence may escalate to a homicide, but rather that taking domestic violence seriously, assessing the  pattern of power and control, and paying attention to key indicators (e.g., threats to kills the victim or instances of strangulation, i.e., “choking” the victim) that increase risk to lethality– these are strategies that can reduce the  possibility that domestic violence will escalate to tragic, fatal consequences. 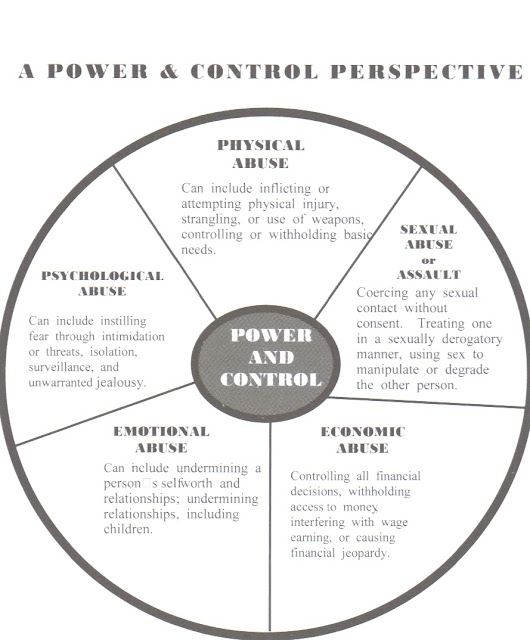 Know the tactics  of power and control that underlie domestic violence. If you or someone you know is experiencing abuse, talk to a domestic violence advocate to know your options. There’s so much we can’t predict … here’s one thing we can do to reduce the likelihood of mass violence.