“Rape is a crime without consequence — except for the victim,”

Six out of 10 rape victims don’t report rape.
The vast majority of rapists never sped a single night in jail.

Scott Berkowitz, president of RAINN (Rape, Abuse and Incest National Network) spoke before the  Senate Judiciary Committee about how to fix a system that stigmatizes and re-traumatizes victims, yet rarely holds offenders accountable. Without consequences sexual predators are  commit more assaults. 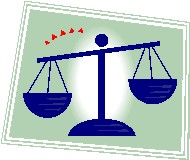 More and more, from college campuses, to courtrooms to  military judicial proceedings, we’re wrestling with the biases, misconceptions, and inadequacies of our society’s ability to effectively prosecute sexual violence. At least the public is increasingly aware of how much we’re falling short in providing even a measure of justice for victims, but we’ve got a long way to go to fix our justice system.

Berkowitz pointed to just how ineffective our court system is at responding to rape, “In America today, rape is a crime without consequences–except for the victim.”

Today I read a news article that highlighted a baffling example of unexpected consequences for a statutory rape victim. Almost a decade after the sexual violation, the rape has insinuated itself into his life again… and drained his bank account.