Run, Don’t Walk, From This Relationship

Today on Upworthy I saw a quick video called ‘If You’re Dating Someone and Get this Phone Call- Run- Don’t Walk Away’.  It shows typical dynamics of power and control and how many can play out in just a 47 second conversation. People are often perplexed by how folks end up in abusive relationships… and why they stay. The relationships don’t start out abusive. Often the abuser initially seems caring and thoughtful. I’m struck by how similar some of the early red flags of abuse are to the early characteristics of love; the often-hard-to distinguish differences are degree, choice and intent: 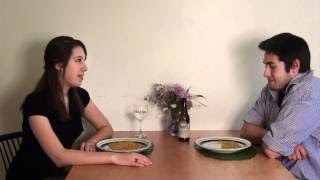 These changes can be so subtle and insidious that it’s hard recognize them at first. For a neat look at an abusive relationship played  in reverse, check out this video ‘Catch Domestic Violence Early’, made for DVRC by Skidmore students. By showing us the abuse first and then rewinding the relationship back we can more easily identify see seemingly harmless moments in the courtship that were early red flags of a pattern of power and control.