And today they met…

Today 2 amazing advocates for victims of relationship abuse met each other.
Loretta Somerville who for nearly 50 yearshas helped victims of abuse, including domestic violence victims, child abuse victims and children ranging in age from infants to teenagers who have been sexually abused.  She started a child advocacy center in Michigan  in the late 1970’s to provide support and assistance to children who were victims of child abuse or sexual abuse. Years later she provided leadership locally to the Harriet West Child Advocacy Center at the Saratoga Center for the Family. The do great work there to help children recover. Sadly, these services are needed far more often than most people would imagine.
After retiring from the Child Advocacy Center, Loretta has been an active volunteer for Domestic Violence and Rape Crisis Services helping us to increase community awareness. And that’s how she met another amazing supporter- Verizon Wireless. Verizon has been a long-term passionate advocate for survivors of relationship abuse, and a generous supporter of DVRC’s programs. The company supports victim assistance services, provides cell phones so victims can feel safe, and promotes community awareness about relationship abuse. 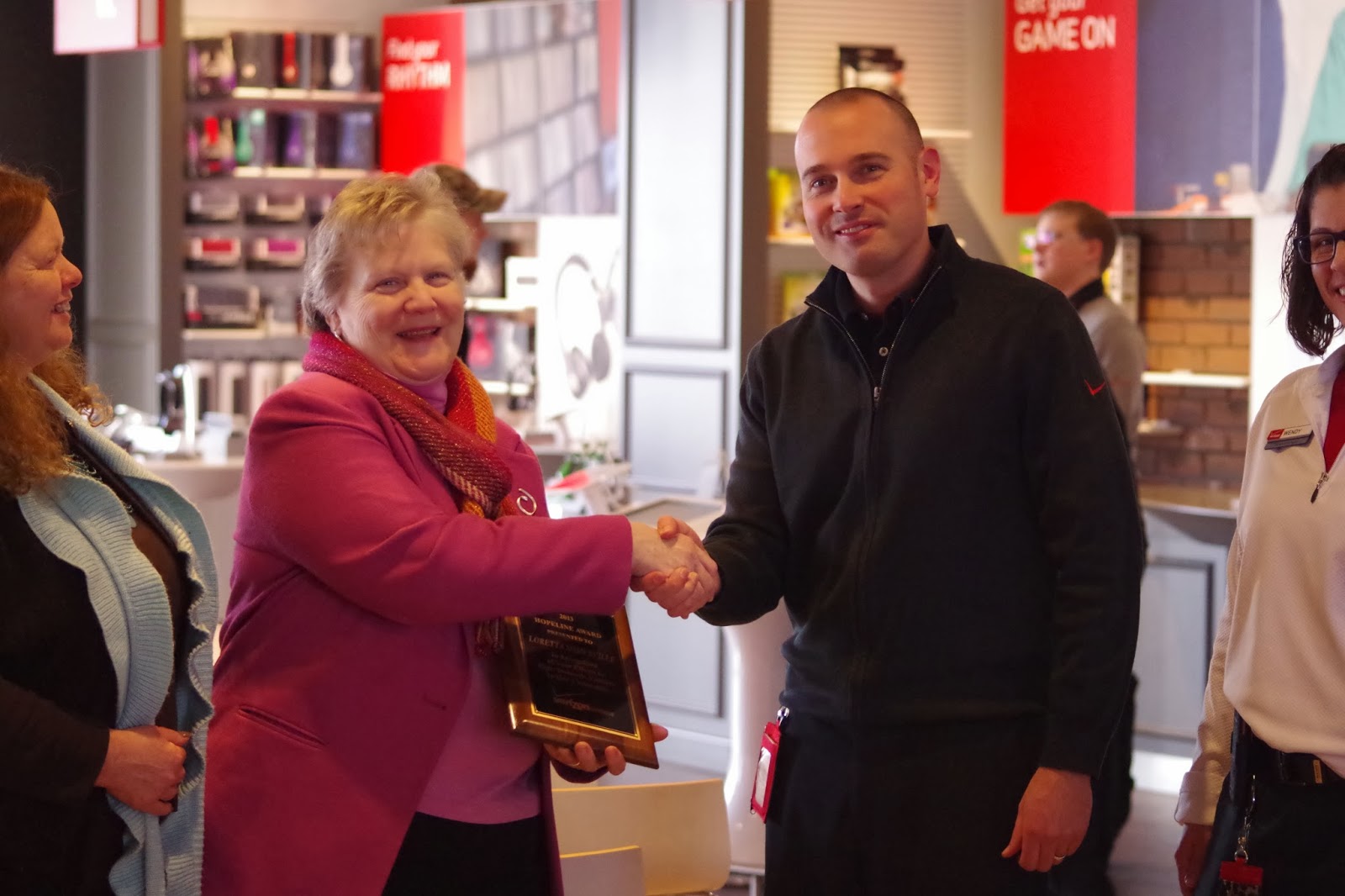 Today Verizon presented Loretta with their Community Volunteerism Award in recognition for her years’ of dedication to helping children and families.
Wendy DeAgostine, and her staff gave us a tour of an unbelievable new Verizon store at 3 Southside Drive, Clifton Park. Verizon isn’t just about cell phones anymore… this store has the technology to help you with everything from fitness, to finding your lost puppy, to controlling your heating bill… and digital dinosaurs like myself will love that they have a technology guru on site to teach you how to use your new device. Stop in and check out their new store; it’s unlike anything you’ve seen before.