Nancy Pitts probably never imagined herself as a catalyst for community change. Indeed, while she was known and seen by many locally every day, it was through her tragic death that she rallied our community to open their hearts and take action to help the homeless. Nancy was a homeless woman who lived on the streets in a city that is know for wealth, tourism, community spirit  and citizens who give back to their community.

Nancy, who grew up locally, had once had a different life. She was married, a stay-at-home mom raising children (now grown)… until a series of life circumstances launched a downward spiral into  alcohol that ended with her dying on the streets of Saratoga in a frigid December night last month.

Nancy could be outspoken. In fact, just a month before her death I heard her speak at a Homelessness Awareness Week event  about how hard it is living on the street. She talked about people ignoring you and not even caring… and others who mock, harass, and assault the homeless. Her words reached an audience of about 40 participants at the event… an event held annually to increase awareness of homelessness in a community that finds it hard to believe that there are homeless persons in our city. Nancy’s voice was  one of the most memorable that night, but it reached just 40 people. It was just a foreshadowing of her impact just one month later in bringing the plight of homeless into our consciousness.

When her body was found frozen behind the Senior Center, that message about hardship shifted from our heads to our hearts. The community immediately came together to launch a Code Blue shelter to afford a safe , warm place for the homeless on bitter winter nights. A meeting was held on Friday and the shelter was operational for  the next night where temperatures would fall to 10 degrees. Not only was this just 4 days later, it was also Christmas  Eve; yet people altered their plans to volunteer.  My son and I volunteered several days later, as 15 Code Blue guests gratefully accepted the warmth and safety of the temporary shelter at St. Peter’s Church, the camaraderie of volunteers who played games, watched videos and chatted with the guests throughout the night, and the sustenance of food donated by our local restaurants and home baked treats brought in by volunteers.

And the unseasonably chill temperatures   led to a series of Code Blue nights on those first two weeks. In the 16 days between Christmas Eve and January 8th, there were 10 Code Blue nights, offering a total of 119 warm beds for folks who would otherwise be sleeping on the streets.  In today’s Saratogian, Elizabeth Powers writes her moving account of a brief encounter with Nancy just days before her death… and the wonderful initiative that our community launched in response to this tragedy. Elizabeth concludes, “Miracles don’t only happen on 34th Street.”

I’ve worked for years with the Saratoga County Housing Committee to increase awareness and services for the homeless. We’re regularly surprised that, despite our efforts, in a community that is so giving and compassionate,  many people don’t realize there are homeless people in our county. Through Nancy’s familiarity, her voice and her tragic death we are all aware of homelessness now… and working together to end it. 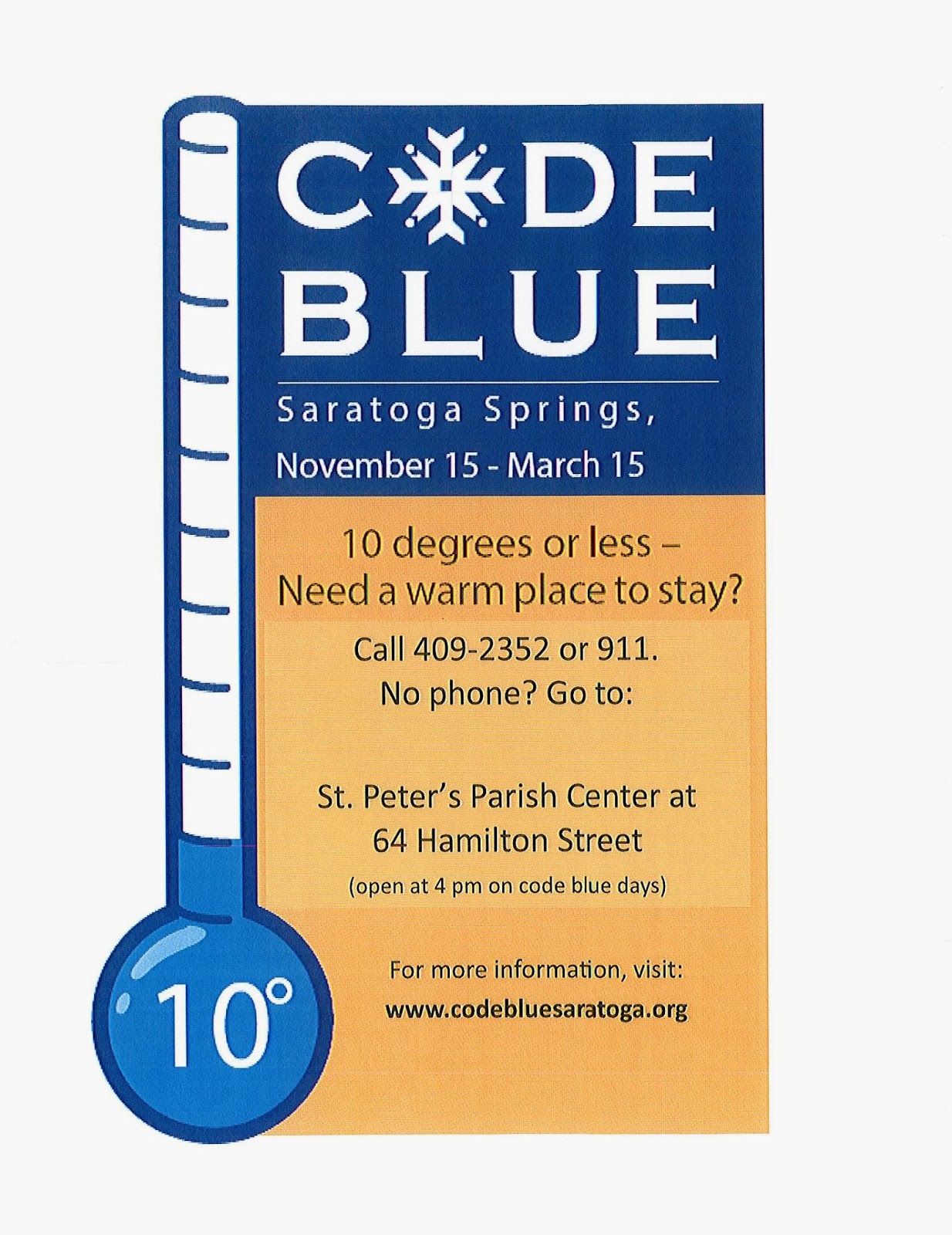