Here’s a parenting message you may not have heard .
This information could save a teen’s life.

Seasoned hikers know he importance of carrying a light pack. An old hiker’s adage is “An ounce on the scale is a pound on the trail.” I’ve known several hikers who’ve found that that a few pounds and an extra decade or two also take their toll on the joints after a couple of days on the trail. And some of those hikers have ended up in the emergency department with stomach and liver problems from accidently popping too much Tylenol to combat aches  resulting from the nexus of middle age and mountain miles. So I’m well aware that acetaminophen can be dangerous when misused. But until today I thought the risks were from accidental overdose. I never imagined this medicine cabinet staple might be the drug of choice for a suicide attempt. 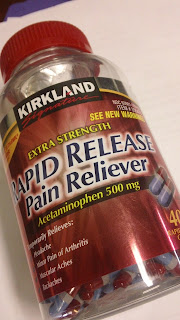 Desperate actions are sometimes impulsive; don’t have supplies on hand, unlocked that could be lethal.