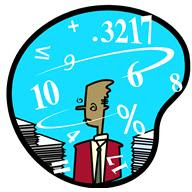 Over the past few days I’ve blogged about male domestic violence victims and the unique challenges they face. I’ve also blogged about domestic homicide. For years domestic violence advocates have stated that domestic violence disproportionately affects women. Some people question that assertion… and cite valid data. In a landmark study, The National Intimate Partner and Sexual Violence Survey, notes that 53% of persons who had experienced physical violence in an intimate relationship were men. Whoa… so is this a women’s issue or a men’s issue?

The study cautions about making assumptions across groups based on one single data point, because “the contrasts between the experiences of men and women sharpen when we look at the specific forms of IPV, the severity of the physical violenceexperienced, and the impact of the violence:


So severity of abuse and the impact of the violence factor in. Are there gender differences when we look at the issue with these factors in mind? Or as the NYS Division of Criminal Justice Services 2012 reports, of the:
104 female homicide victims 57.7% were domestic homicides, compared to
532 male homicide victims, only 2.6% were attributable to  domestic violence.

Michael Virtanen of the Chronicle sums it up the report more succinctly,

“ the person most likely to kill a woman in NYS is
her partner or ex.”
So is this a women’s or a men’s issue? That’s not the point. It’s a social issue that affects us all.
No one deserves to be abused.
All victims deserve access to support services.
Let’s work together toward a community free from relationship or sexual abuse… for all people.