Nothing Would Indicate that She Was In Danger

Carol Stanford and Joshua McWain. They took long walks together. He had problems, but she looked after him. She was the mother of this 27 year old man. Some neighbors say they fought; others say they were close.

No one expected that he would bludgeon her to death and bury her body under the shed. That doesn’t happen in Saratoga County. But it did in October 2012. The accused pled guilty last Friday and will be sentenced in September. The murder happened after a fight about chores.

About chores ! Sound unbelievable? According to the NYS Division of Criminal Justice Services, 58% of the 171 domestic homicides in 2011 resulted from an argument. From the report we also learn that:

· Among all domestic homicides, females accounted for 60.8%  of victims.
· There were 23 elderly victims of domestic homicide, seven were killed by an intimate partner and 16 by other family members.
· The total number of domestic homicides ranged from a low of 131 in 2007 to a high of 171 in 2011
While Saratoga County’s homicide rate is low compared to other counties, we had 2 homicides in 2011, both attributed to domestic violence.
I was speaking with a friend about a homicide case in an adjacent county. She said, “You talk about domestic violence, but I never imagined it could lead to murder.” Saratoga County District Attorney James A. Murphy III said the evidence against Joshua McWain was overwhelming and he “had some history of violence, but nothing that would indicate his mother was in danger.”
And that’s the problem. So often we can’t recognize the danger until it’s far too late. Fortunately domestic homicides are not daily headlines in Saratoga County, but they happen.  Often there have been red flags along the way. Sometimes there’s been a long-standing pattern of abuse. Sometimes the homicide happens when the victim tries to leave the relationship. We never know for certain when an abusive relationship will become lethal.
I recently read a shocking blog. It’s called IntimateViolenceDeaths in the News,  and it tells the story of victim after victim who has been murdered by a partner. It’s haunting reading. And I’d bet every community says “we never thought that would happen here.” As I read those stories I’m saddened that we didn’t so something earlier to end relationship abuse before there’s such tragedy.  How can we be so complacent about abuse until it reaches the level of murder? The blog opens with a quote that resonates as you read the stories,
Tolerance becomes a crime when applied to evil
~ Thomas Mann~ 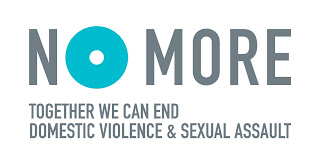 Please find out what you can do to help us all to realize the vision of a community without relationship or sexual abuse. Because the unthinkable does happen… even here.

Be  a friend… Help a friend
http://maggiefronk.blogspot.com/2013/03/be-friend-break-silence.html