Marijuana and Schizophrenia – Is there a Connection? Our social views on marijuana use have changed drastically in my lifetime. Since the tied-dyed, anti-establishment, pot smoking hippies of the 60’s who challenged social norms, pot has been inching its way slowly toward social acceptance. From politicians who candidly reveal that they’ve smoked pot (with or without inhaling) to medicinal marijuana to full legalization, pot clearly isn’t solely the symbol of counter-culture young rebels anymore. Many ask, “What’s the harm?” Many say, “There isn’t any.”
A recent study by the University of Maryland School of Medicine may cast some doubt on that statement. The study’s senior researcher, Asaf Keller, Ph.D., cites previous research linking marijuana use before the age of 16 to cognitive deficits and psychiatric disorders. Their study on mice indicated that the frontal areas of the brain associated with planning and impulse control are negatively impacted by drug use during adolescence, resulting in changes in brain development. The brain changes persist into adulthood and can potentiate schizophrenia and other psychiatric disorders in susceptible individuals.
“What’s the harm?” Maybe a better question is, “ Do we really understand the risks?” 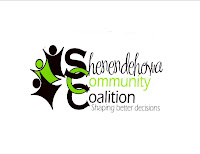