Safe Harbour– reaching out to each Jane Doe

In helping domestic violence victims, we often interface with other related social issues. Dave DeCelle of the National Center for Missing and Exploited Children, talks about how domestic violence intersects with their work.

I might also add, these are just the number of trafficking victims under the age of 21; Wellspring also assists trafficked persons  over 21 years of age… so the problem is even greater than those stats.
At our monthly Soroptimist meeting, members were shocked at the numbers… in Saratoga County?! Frankly 4 years ago, before CAPTAIN and the Center for the Family collaborated to launch the Safe Harbour Program,  these vulnerable youth probably wouldn’t have been identified… or helped.  What’s happened in the past few years? We’ve all gotten training so we’re better able to recognize trafficking… and know what resources there are to help a victim. We’ve developed teamwork between agencies so that we can pull together our resources to help vulnerable victims. CAPTAIN, the Center for the Family, Wellspring  work together to increase awareness and provide crisis services and support. Wellspring hosted a training for first responders where CAPTAIN’s street outreach team talked about the  needs of vulnerable teens on the street– how they get sucked into a world of sexual victimization… just to survive.
Most folks wouldn’t imagine trafficking happens right here in our community… and wouldn’t recognize it if they saw it. So how can we help? Let’s increase our knowledge. Awareness is the first step to solving the problem. Here’s an opportunity. On Thursday October 26th at 4 pm, Bow Tie Cinema at 19 Railroad Place in Saratoga Springs will have a showing of the film, I Am Jane Doe. The film has been described as :
“a gripping legal thriller” (Esquire); “a powerful call to action” (The Los Angeles Times); “viscerally emotional” (The Washington Post), I Am Jane Doe chronicles the epic battle that several American mothers are waging on behalf of their middle-school daughters, victims of sex trafficking on Backpage.com, the classified advertising website that for years was part of the iconic Village Voice.  Reminiscent of Erin Brockovich and Karen Silkwood, these mothers have stood up on behalf of thousands of other mothers, fighting back and refusing to take no for an answer.

Reservations are available on line. Click here for more information. Watching the documentary and starting a conversation… it’s an easy way to start tackling a tragic problem that affects our youth. 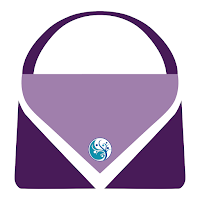 And here’s another easy way to make a difference for victims. Wellspring has just 10 days left  to raise funds in Allstate’s Purple Purse Challenge. It takes just seconds to make your donation online and help place first in the nation earning the $100,000 bonus from Allstate. Go just a few seconds to get us one step closer to ending relationship and sexual abuse in our community… click here to donate.